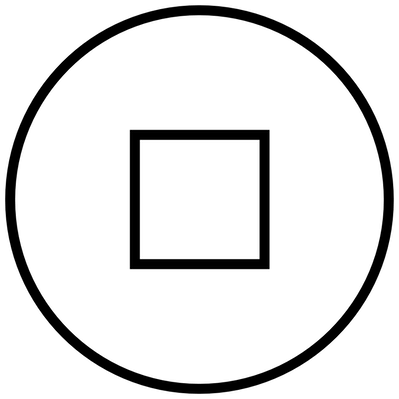 Nov 20 / Phil & Helen
Join Helen and Phil in the stunning surroundings of Heber's Ghyll, Ilkley in this short video on our YouTube Channel. We quietly take in the pine woodland and perform some of our favourite qigong movements along the way.
Forest Bathing & Tai Chi - Heber's Ghyll, Ilkley
You may have heard the idea of forest bathing recently on the radio or tv. We've probably all enjoyed something akin to forest bathing albeit without knowing it had a name.

In Japan you will find people go to specially designated forest trails to ‘bathe’ in the healing balm of the trees. They literally call it forest bathing or Shinrin-yoku. Researchers have found that regular strolls in these lush spaces can offer profound health benefits for people living with many different long term physical and mental health conditions.

Forest bathing began in 1982, as part of a national health programme in Japan to encourage the mainly urban Japanese population to take slow, leisurely strolls following specially designed forest trails. The characters for forest (森林 shinrin) combined with the character for bath or bathing (浴 yoku) evoke a sense of deep immersion in the potent atmosphere of the Japan pine forests that cover over 2/3 of Japan.

“I went to the woods because I wished to live deliberately, to front only the essential facts of life, and see if I could not learn what it had to teach, and not, when I came to die, discover that I had not lived.”
― Walden; or, Life in the Woods. Henry David Thoreau
Forest Path
Wooded Mountains at Dusk
1666 by Kuncan .

When forest bathing we adopt a very different pace and way of being from the fast paced walks or rambles we might be more familiar with in this country. Instead, people take their time, they stop and pause often or even sit down for a while to immerse themselves in their surroundings.

At the time of those early studies researchers had a special interest in the health benefits of the heavily scented pine forests and the phytoncides which suffuse the atmosphere. When forest bathing people breathe in these phytoncides and studies show that they appear to enhance the activity of natural killer cells that help our bodies to fight various diseases.

Since those early days research has continued into the benefits of regular forest bathing, or forest therapy as it is sometimes called. When enjoyed regularly time spent in forest settings reduces stress hormones, promotes feelings of wellbeing, stimulates creative ideas, lowers heart rate and blood pressure, boosts the immune system and accelerates recovery from illness.

Philip found his interest into forest therapy when working as a children's therapist in the 1990's. His inspiration came not only from research but from philosophical ideas that extol the virtues of time spent in nature as a powerful restorative and means to inspiration..
The Kangxi Emperor's Southern Inspection Tour
Scroll Three: Ji'nan to Mount Tai.
1698 By Wang Hui
China has a millennia long tradition of people travelling to mountains and forests for the very same reasons we do so today, to find some much needed breathing space, to clear our heads and take on new perspectives, and for the simple physical endeavour travelling in remote landscapes entails.

If you delve a little deeper into the roots of tai chi as an exercise you soon find out that those roots spring from the rich cultural and philosophical roots of Confucian and Taoist concepts of human beings not separated from nature but deeply embedded within the greater landscape and the earth itself.

Helen and I encourage people who join our classes and workshops to find a little private space, a garden if they have one, or a quiet corner in a park, where they can practise some tai chi outside. We often receive feedback from participants how their practice of tai chi takes on a new sense of meaning when they do so. Even the sequence names found in the tai chi programmes that we teach 'Wave Hands In Clouds' or 'Gather Celestial Energy', begin to make perfect sense when performed outdoors.

“Heaven is under our feet as well as over our heads.”
― Walden; or, Life in the Woods. Henry David Thoreau
We hope you've enjoyed this blog post and it encourages you to get outdoors. You don't have to practise any tai chi movements if you'd prefer to feel the benefits. Simply taking a regular short stroll, or sitting quietly for a while in a green space will offer important benefits for our physical health and sense of wellbeing.

For some inspiring woodland walks take a look at this blog post by the National Trust (opens a new window). Download a route and walk amongst the towering trees of Yorkshire's woodlands.

Closer to home don't forget to visit your local parks. In the Bradford district, where we live, we're blessed with some award winning parks like Cliffe Castle Park, in Keighley, and the stunning Lister Park, in Bradford.

Combine the benefits of time spent in green spaces with blue space (watery environments) with a trip to Ilkley Park and a riverside walk along the banks of the River Wharfe.

We hope that gets you going.

All the best,
Phil & Helen

Helping everyone enjoy the benefits
of a traditional art form through new evidence-based approaches and teaching methods.